Skip to content
For the latest COVID-19 information and policies, please click here. Close
Explore our Health Hub / Your Body / Sexual Anatomy for People with Penises
Your genitals play an important role in sex, pleasure and reproduction.

Sexual Anatomy for People with Penises

An overview of the sexual anatomy of people with a penis and testes, including the reproductive system, how sperm are made and how a pregnancy begins.

Every species has the ability to reproduce, which means to make other living things similar to themselves.  Human beings can reproduce (or have babies) once they go through puberty and their reproductive systems mature.  Learning how reproduction works will help you understand how pregnancy happens (and how to avoid it).

The main reproductive organs in people who have a penis and testes are designed to make sperm and transport them into the uterus. There, the sperm may fertilize an egg.  If the fertilized egg attaches to the wall of (or implants in) the uterus, the person is considered pregnant.

The reproductive organs of people with a penis include the testicles (sometimes called the testes, or “balls”), epididymis, vas deferens, prostate gland, seminal vesicles, and the penis.

Let’s look at each of these parts more closely, and follow the journey of sperm from creation to ejaculation. People with penises have two testicles, often called “balls.” During puberty, the testicles begin to make and store sperm (the cells that must meet an egg for a pregnancy to begin).

Testicles also produce the hormone testosterone. Testosterone is responsible for secondary sex characteristics. Secondary sex characteristics are ways that your body changes during puberty that don’t directly affect reproduction. For people with penises and testes, these include a deeper voice, bigger muscles, an Adam’s apple (that bump that sticks out at the front of your throat), and body and facial hair.

The epididymis is two coiled tubes (one in each testicle). It connects the testicles to the vas deferens. Sperm stay in the epididymis until ejaculation. If they don’t get ejaculated after around 4 to 6 weeks, they will die and be reabsorbed by your body. This means that there is no way for sperm to “build up” in your body.

The vas deferens is a series of small tubes that connect the epididymis to the seminal vesicles. It transports sperm out of the scrotum, into the main part of your body.

The prostate gland is directly below the bladder and surrounds part of the urethra. It produces some fluids that combine with sperm to create semen.

When people with penises are born, the penis also has a foreskin. The foreskin is a bit of skin that covers the head of the penis. Many people have a foreskin their whole life. Other people get circumcised by a doctor or religious leader. This is when the foreskin is cut off, usually when they’re a few days old. Circumcision is usually done for religious reasons or because of cultural norms. There is no medical reason to get circumcised. It’s completely normal and ok to be circumcised. It’s also completely normal and ok to not be circumcised!

Penises, like other body parts, come in all sorts of shapes and sizes. It’s normal to feel self-conscious about the way your penis looks, and it’s also normal not to. Keep in mind that every body is different and unique in its own amazing way. For more about body image, click here.

When someone with a penis is sexually aroused (or “turned on”), the penis becomes erect (or “hard”). Tissues in the penis fill with blood, making it stiff. This is an erection. Sometimes (especially during puberty), people have erections for no reason at all. This can feel awkward or embarrassing, but it’s actually very normal! Erections are important for reproduction because hard penises are much easier to insert into the vagina than soft penises.

If someone is sexually stimulated for long enough, they may have an orgasm (or “come”). When someone with a penis has an orgasm, a series of muscles contract and push semen out of the penis. This is called ejaculation. The semen pushed out of the penis can have millions of individual sperm in it. Having an orgasm often feels really good. After ejaculation, the penis will lose its erection (or “go soft”).

How does pregnancy happen?

Often, pregnancy begins after someone with a penis ejaculates (or comes) while having unprotected penis in vagina (PIV) sex. However, ejaculating on the vulva may also lead to a pregnancy, since sperm can still get inside the vagina. Pre-come (fluid that leaks out of the head of the penis before ejaculation) usually also contains some sperm. So it is still possible for someone to become pregnant if no one ejaculated (or came) inside of them. This is part of the reason why the pull out method is not effective.  Read more about pregnancy here.

Of course, people have sex for a lot of reasons besides making babies. People have sex for pleasure, fun, intimacy, curiosity and other reasons. Also keep in mind that PIV sex is just one kind of sex. Read more about what sex is and how to have it safely. 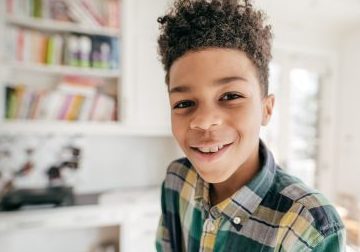 You Asked It: Implant Indecision

What is Nexplanon and what are the side effects? You asked it, we answered!

You Asked It: What’s an Internal Condom?

I want more control over STI prevention. Are internal condoms the answer? You asked it, we answered!