Skip to content
For the latest COVID-19 information and policies, please click here. Close
The Blog / You Asked It: Why Do My Condoms Break?

You Asked It: Why Do My Condoms Break? 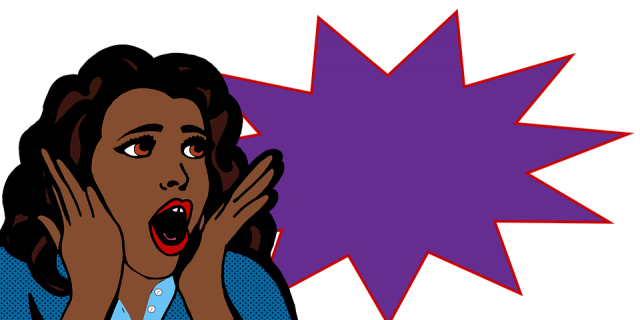 Why do my condoms keep breaking?

First, it’s great that you’re taking control of your sexual health and using condoms! As you probably already know, they’re the only kind of birth control that also prevents the spread of sexually transmitted infections (STIs, sometimes called sexually transmitted diseases or STDs). Condom mishaps can happen to anyone, but they’re pretty rare if you use condoms the right way, every time you have sex.

Here are the most common reasons that condoms might break during sex, and how you can fix them.

These can wear the condom down over time. This means you shouldn’t store your condoms in the glove compartment of a car (where it can get super hot), in your wallet (where there’s a lot of friction), or anywhere with direct sunlight. Instead, keep them in a bedside or closet drawer, where it’s cool and dark.

Check the expiration date on your condoms. If they’re expired, toss them.

If you use oil-based lube (like Vaseline, coconut oil, baby oil or body lotion), STOP. Oil weakens latex and can make the condom break. Instead, use a little water- or silicone-based lube in the tip of the condom, and around and just inside the opening of the vagina or anus. We talk more about different kinds of lube and how to use it here.

4. Putting the condom on the wrong way.

As you roll the condom on, pinch the tip with two of your fingers. This makes sure there’s plenty of room for ejaculate (or come/cum). If you don’t pinch the tip, the condom can break when you have an orgasm. We go into more detail about how to put on a condom here.

NEVER use two condoms at once. This makes it much more likely that they will tear.

6. Opening the condom the wrong way.

Don’t use your teeth or scissors. This can accidentally tear the condom. Open the condom with your fingers instead.

7. Getting caught on fingernails, jewelry or anything else sharp.

If your condom doesn’t roll all the way down the shaft of the penis or feels tight or uncomfortable, it might be too small. Try a few different condoms to find one that works for you. This doesn’t mean that you need to go straight for the Magnums, though! “Regular”-sized condoms fit most people. If you use condoms that are too big, they’re more likely to slip off, so you’ll just be creating a different problem for yourself!

Hopefully, dealing with one of these issues will fix your condom problems so you can get back to enjoying sex instead of stressing out about it!

In the meantime, make sure you and your partner(s) are taking care of your sexual health.

If you’re having penis-in-vagina (PIV) sex and your partner isn’t using another method of birth control, they can use emergency contraception up to 5 days after sex to help prevent pregnancy. Broken condoms also put you both at risk for STIs, so you should both be tested. If either of you is at risk for HIV, you can take PEP (post-exposure prophylaxis) up to 72 hours after sex to greatly reduce the chances of spreading the virus.

If you’re 10-22 years old in NYC, you can get free, confidential health care including STI testing and treatment, birth control, emergency contraception, sexual health education and free condoms at the Mount Sinai Adolescent Health Center. No judgment, no charge.

Condom mishaps can happen to anyone, but they’re pretty rare if you use condoms the right way.

You’ve got questions.  We’ve got answers. At the Mount Sinai Adolescent Health Center, we answer a lot of questions. Topics range from nutrition to pregnancy prevention, and everything in between. Now, we’re bringing these questions back to you with our weekly advice column, You Asked It. Got a question? Send us a message on Facebook, Twitter or Instagram, or email us at teenhealthcareorg@gmail.com with “You Asked It” in the subject line.

You Asked It: Can You Use Lube With Condoms?

Is it true that using lube with condoms can be dangerous? You asked it, we answered!

You Asked It: Should I Get a SAD Light?

I've been feeling down and am thinking of getting a light box. What should know before I use it? You asked it, we answered!

You Asked It: The Condom Conversation

Talking about STDs before sex is so awkward. How can I make it less weird and not ruin the moment? You asked it, we answered!