Skip to content
For the latest COVID-19 information and policies, please click here. Close
The Blog / We Asked 8 Teens to Talk About Slang Used to Describe Sex. Here’s What They Had to Say.

We Asked 8 Teens to Talk About Slang Used to Describe Sex. Here’s What They Had to Say. 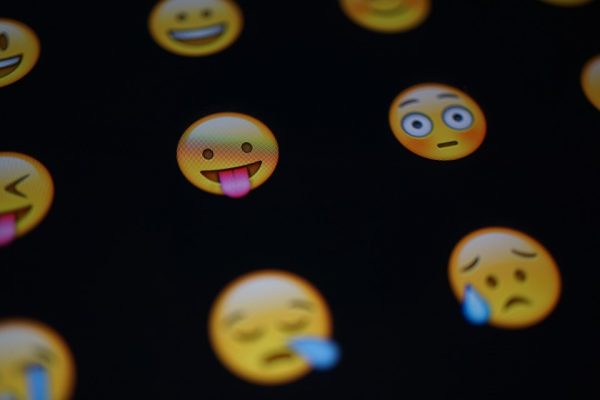 There are a million guides to teen slang on the internet, but they’re mostly written by terrified adults, who, generally speaking, have no clue what they’re talking about.

For example, Good Housekeeping lists “chillaxing” as a term teens are using, but we’re pretty sure it went out of style in 2003.

So to find out the kinds of words teens actually use, we went straight to the source. Anya, Clayton, Dahryus, Dalante, Dayse, Elliot, Eric, Priscilla, and Stephanie are peer sex educators with the SPEEK Program at the Mount Sinai Adolescent Health Center. They teach safer sex and pregnancy prevention in high schools around New York City—and they’re also teens themselves. We asked them to give us their thoughts on the words kids use to talk about sex—and at no point did anyone say, “Take a chill pill”.

According to the group, teens use emojis to tell stories, and express sentiments that it might be scary to say out loud. Dalante notes, “People are scared to express their feelings, so they use emojis to communicate without having to use words.”

“Plus, if you use emojis, you can be as nasty as you want without anyone noticing,” says Clayton. Lots of different emojis can be used in communication, but some of the ones young people use when they’re talking about sex are the eggplant (penis), peach or cat (vagina), and water drops (use your imagination).

Schlong has a rich and interesting etymology. It originated with the Middle German word slang, which was used to describe snakes; Eastern European Jews adopted the word schlange into Yiddish vocabulary, as both a euphemism and descriptor for reptiles. In the 1960s, New Yorkers of all stripes started using the bastardized word schlong as a synonym for a penis. Says Clayton, “We use that word all the time. Like anything good, it’s from Brooklyn.”

According to Stephanie, “You kill it when you sleep with a girl and you know she didn’t fake her orgasm.” Essentially, it means you’ve done a great job. According to the teens, women can kill it, too, but the terminology is a little different. “It’s called Nyquil when a guy and a girl have sex and she’s so good that he falls asleep right after,” says Daryhus.

Like a lot of today’s slang, Zaddy came from the gay community and the vogue scene. According to Elliot, “In the vogue scene, light skinned men are Papi, and dark skinned men are Daddy or Zaddy. Light skinned men are seen as more emotional and in touch with their feelings, while dark skinned guys are more aggressive and dominant.” “Lots of people don’t want darker-skinned partners, because they’re seen as more aggressive. But people also make fun of light-skinned men. Drake is a perfect example,” says Daryhus. White people are typically not referred to as Daddy or Zaddy or Papi.

This euphemism for penis has experienced some resurgence lately, with Nicki Minaj’s new song of the same name. Says Priscilla, “The anaconda is totally a hyperbole, but it also has to do with the stereotype of black guys having big penises.” Nicki Minaj’s video also communicates to teens about desirable female bodies—Nicki, JLo, Kim Kardashian tout their voluptuous booties, says Stephanie, “and it makes us all want to have a big booty, too.”

You don’t have to think too hard about this one: a shrimpy is a small penis. Says Daryhus, “When you see a shrimp, what does it do? It curls. It’s little, you can eat in one bite.” Calling someone a shrimpy, obviously, is not a compliment. Says Stephanie, “When you break up with a guy, it’s like, “oh, he wasn’t really good anyways, he has a shrimp.”

The walk of shame, according to teens, is only shameful if you’ve had bad sex or been kicked out. Otherwise, it’s not even called a walk of shame; it’s just taking the train home. Says Dalante, “If you’re walking home and you’ve had a great night, it’s not shameful. Everything is jolly and happy. The air you breathe is better. It’s like you’re walking home to a theme song.”

So there you have it—the slang words teens use to talk about sex. Did these words mean something different for you, or in your community? Let us know in the comments.

The Mount Sinai Adolescent Health Center is located in New York City. It provides comprehensive, confidential, judgment free health care at no charge to over 10,000 young people every year.

You Asked It: Birth Control Bind

I had unprotected sex a few days ago and now I am starting to worry. Can I still take emergency contraception?

You Asked It: Sex Too Short?

I feel like I should be able to last longer in bed. What's going on? You asked it, we answered!